Coming to Trust Your Inner Wisdom

Most people will face at least one time when everything they depend upon either falls short or is irreversibly altered.

Consider for a moment the assumptions we have about institutions, social mores, job, family, beliefs, and varied personal capabilities. Is it not the case that we rely on these seemingly steadfast constructs to guide our way, to help us make decisions, and to provide a sense of ground and security?

While some of us may have been attuned to the inconstant nature of life, this time of COVID has forced virtually everyone to question what previously was taken for granted.

I am reminded of the end of my father’s life. Dad was known to be agile, powerful, and bright, an avid puzzle-solver who was a champion Scrabble player, crossword afficionado and Sudoko wizard. He especially loved to play golf, often venturing out in bad weather to play 36 holes by himself.

We knew something had gone awry when, at age 70, Dad suddenly started to take wrong turns, drop items for no reason, and struggle with signing his name. The medical people thought he had dementia. That he was having intense headaches made them examine further, leading to an eventual diagnosis of extensive cancer that had metastasized to his brain. His prognosis was grim.

In the short term, heavy-duty steroids and painkillers miraculously restored some of Dad’s previous abilities. But over a couple short months, everything by which my father could be defined was taken away from him. He was reduced to a barely-functioning mind in a failing body.

Dad had always been a jovial and caring fellow who worried but kept his concerns to himself. Despite his rigorous Catholic upbringing, most would not have considered him to be a spiritual person. I was taken aback, therefore, by his answer when asked what advice he had now that he was at the end of his life. He responded, “Be kind to everyone,” and with an arresting look in his eyes, he emphasized, “and I mean EVERYONE.” I couldn’t help but feel that he had tapped into the unity of the universe. His simple response restored my faith in the goodness of the Essence from which we all arise, in which we all live and to which we all return.

Yoga often brings to mind pretzel-like poses performed by lithe and serene-looking people. But, in my estimation, it really is about remembering who we truly are and to more and more rest in this truth . Formal practices and spontaneous life events can precipitate and encourage abiding in such recognition. Grace lands and enlightens even, and sometimes especially, in the darkest and most dire circumstances.

What do you know to be true when all has been stripped away, when you drop agenda and simply rest in BE-ing? Might you ask yourself this at every possible moment? 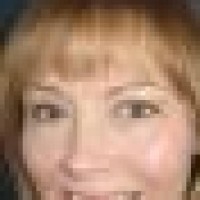